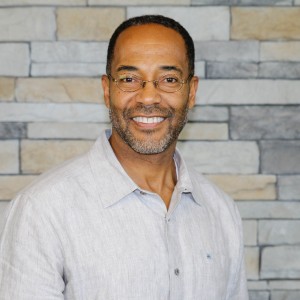 Pastor Brett Fuller is the Senior Pastor of Grace Covenant Church in Chantilly, Virginia - a suburb of Washington, DC.  He currently serves as the North American Leadership Team Director for Every Nation Churches, and as Chaplain of the Washington Redskins.  From 2005 to 2014 he served as Chaplain for the National Association of Basketball Coaches.  In 2000, he initiated a bill in Congress to build a memorial honoring the African American Slaves who helped build America. Though the bill was never passed, he still hopes to complete the mission.  Also, from 2007-2009 he served on President George Bush's Advisory Board for Historically Black Colleges and Universities.  He has written two devotional books:  Live Well and Relate Well.

He and his lovely wife of 30 years, Cynthia,  frequently conduct marriage and family seminars.  Brett also coordinates relational and professional development seminars helping leaders in every walk of life to become better leaders.  He and his bride reside in Chantilly, VA and have parented 7 children.

More Posts By This Author

Thank you! Your submission has been received!

Oops! Something went wrong while submitting the form